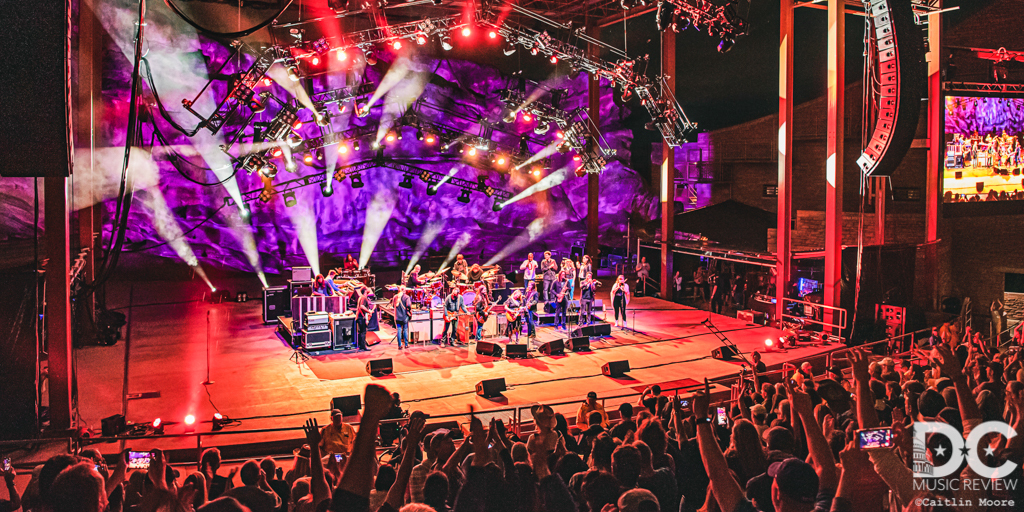 The Tedeschi Trucks Band (TTB) took their traveling road show to the majestic Red Rocks Amphitheatre in Morrison, CO on July 26-27 as a part of their 2019 Wheels of Soul tour. What occurred was nothing less than fascinating.

The band was strong on the first evening and treated the sold-out crowd to numerous highlights including a powerful "Midnight In Harlem" > "Shame" pairing and a three-song encore of "Made Up Mind," "Stranger In a Strange Land" (Leon Russell) and "Space Captain" (Matthew Moore).

TTB turned it up a notch (or two) for the second evening, opening with a rousing take on The Band's "Don't Do It" featuring members of Blackberry Smoke. The band was firing on all cylinders on a cool night on the rocks and welcomed Shovels and Rope up for a beautiful rendition of "Don't Think Twice" (Bob Dylan). The favorite, "Bound For Glory" lifted our spirits before the band closed the set with "The Storm" that morphed into a thundering "Whipping Post" as a light rain began to fall.

Always happy to share the stage with their colleagues, Tedeschi and Trucks welcomed back Blackberry Smoke and Shovels and Rope for the final jam of the night – a Sly and The Family Stone medley of "Sing a Simple Song" into "Take You Higher."

We were beyond fortunate to experience one of the hottest bands on tour in arguably the best venue in the country for two nights and  have the opportunity to document it through our lenses.

1 - With Charlie Starr and Richard Turner

2 - With Shovels and Rope

3 - With Blackberry Smoke + Shovels and Rope

The following videos are provides courtesy of Nugs.net YouTube Channel.