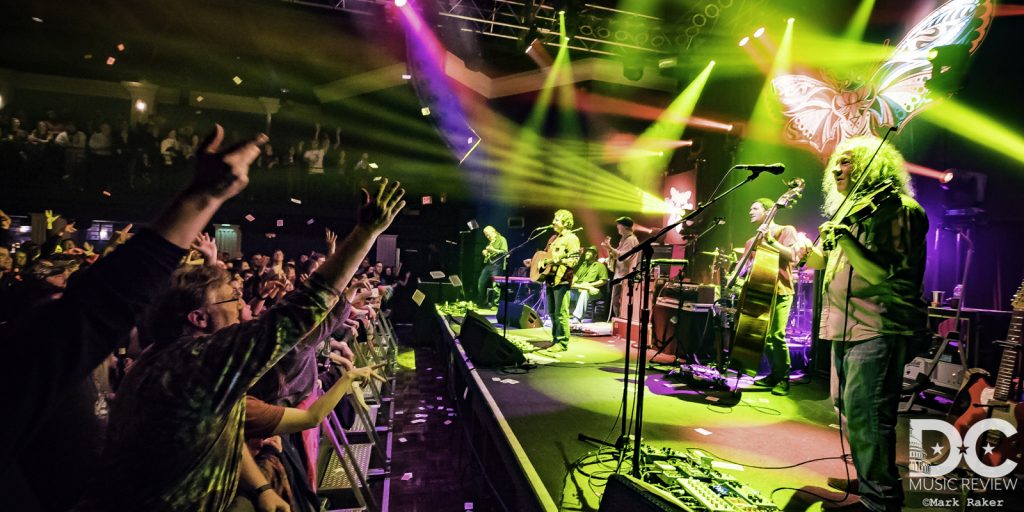 In September, our neighbors to the north in Ardmore, Pennsylvania are celebrating their 5th anniversary with eight concerts. Ardmore Music Hall has established itself as one of the premiere landing spots in the Philadelphia area for nationally touring musical acts, and is a rock club with a rich and long history at 23 East. Due to its geographic location on the Main Line, close proximity to the City of Philadelphia (3 miles), and an upcoming calendar full of a diverse range of artists, The venue draws from virtually every demographic group in the greater Philadelphia area. Simply put, the pilgrimage to this venue is worth the visit!

The venue has a modest facade on Lancaster Avenue with only a few neon musical notes on the outside to give a hint at the amazing venue inside.  Once you step through the entrance, you see a carefully composed two-story venue, which holds less than a thousand people, with areas set aside for both standing and seated concert experiences.   The sound system and lighting systems are both top notch and you will rarely, if ever, find a bad sound location.

The venue has paid special attention to ensure that almost almost every place in the venue has unobstructed view and crisp sound.   If you prefer a seated concert experience look no further than the back of the main space to sit down and have clear view of the performance. You will not miss a second of a performance even at the far end of the bar as it was  designed for a concert goer in mind. The accompanying photo was taken from the far side of the bar, and as you can tell, the stage is unobstructed and allows an individual to take in the full experience, even when waiting for a drink by the bar stocked with 20+ craft beers.

On the 12th the festivities kick off with The Movement and Giant Panda Guerilla Dub Squad. Jazz guitarist Mike Stern takes the stage on the 13th. He has released 17 recordings as a leader, six of which were nominated for GRAMMY Awards. Classically trained pianist Holly Bowling will be entertaining the audience with her piano interpretations of the Grateful Dead and Phish, as she continues her east coast tour on the 14th. Ted Leo  will be doing his freewheelin' solo show on September 15. Philly musician and four-time Grammy Award winning, recording artist, performer, composer, conductor, arranger, producer Stanley Clarke and his band play on the 16th Railroad Earth will jam for 2 sets on September 20th. The members of Stillwater, New Jersey’s Railroad Earth aren’t losing sleep about what “kind” of music they play – they just play it. As Carbone points out, “We use unique acoustic instrumentation, but we’re definitely not a bluegrass or country band, which sometimes leaves music writers confused as to how to categorize us. We’re essentially playing rock on acoustic instruments.”

Philadelphia punk rock band The Dead Milkmen kick off the weekend on September 21. Just returning from Colorado the Marco Benevento Trio head back east  Ardmore on September 22. For the past twenty-five years Splintered Sunlight has been sharing their unique take on the music of the Grateful Dead with music fans throughout the Delaware Valley and Mid-Atlantic region, they will close out the anniversary shows on the 23rd.

What could be better than music, beer and pizza? Also, the Ardmore is offering their take on pizza and beer combo with $5 Pints & Pies during Railroad Earth with pints of Starr Hill & homemade personal pizzas!

We hope everyone from the DMV makes it out to to Ardmore, Pennsylvania to celebrate this truly exceptional venue. For more details on getting to the venue, please read the review below.