4848 Festival Inaugural Year Makes Us Hopeful for Its Return 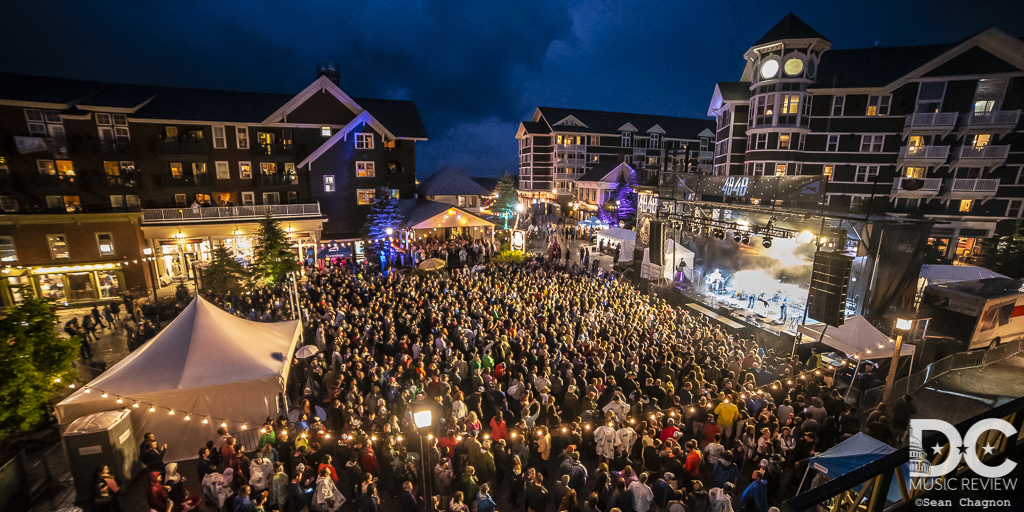 An amazing first year for 4848 Festival is somewhat of an understatement.  We all know that the folks from All Good Presents know what they’re doing when it comes to putting together live music events, but I can say with confidence that this past weekend far exceeded anything attendees were expecting.  A lineup that boasted some of the best artists making their way around the festival circuit and a setting that was absolutely beautiful, added even more to the mountaintop magic. Welcoming festival goers Thursday night were Orgone, The Infamous Stringdusters and, after a slight weather delay, Greensky Bluegrass.  Sticking strictly to the Village Stage for night one, the feeling of intimacy and accessibility was definitely noticeable.   Greensky proudly welcomed the crowd to an event that they had a hand in planning and noted that they selected bands that are not only amazing musicians, but also friends.  That fact lead to some amazing collaborations and shared stages throughout the weekend. Snowshoe Mountain had fun to offer all the way up and down the mountain, giving attendees plenty to do before and during music sets.  Early(ish) risers were treated to Nathan Moore and Joshua Davis both Friday and Saturday morning lake front and had the pleasure of commuting to and from on a scenic ski lift ride.   Lake water activities were another offering included in the ticket package and for the more seasoned athlete, the resort also has a mountain bike park that is nationally recognized, offering one of the largest trail systems in the East.

Friday, The Hip Abduction, Cris Jacobs Band and Rayland Baxter held down the main stage easing folks into a four band lineup that dreams are made of in the festival world.  The Marcus King Band, with their sounds of sweet southern soul ​welcomed the music loving crowd back to the Village Stage and  Lettuce showed us a whole 'nother level of funk as they put the sun to bed on day two of the festival.  They were joined at one point onstage by Marcus King, who came out to play a version of “Love Is Too Strong” and got everyone eager to see what other collaborations were in store for the evening. As the crowd moved towards the much bigger Sky Stage getting ready for night two of Greensky Bluegrass, there were talks of what was to come.  Joshua Davis, Cris Jacobs and Marcus King all appeared alongside the headlining band along with a fantastic set of fireworks that no one expected.  As the band played into their last song of set two, the sky was lit up as well as the stage with human disco balls reflecting light in every direction. Thankfully, the full charge that the crowd got from a mind blowing performance was followed up by a late night Billy Strings set, where he always seems to shine.  Channeling his inner most Willie Nelson, Strings took the stage with two braided pigtails ready to roll.  An incredibly talented musician who is always amazing to see live, this thankfully wouldn’t be the only time we would see Billy onstage for the weekend.

The final day of the festival came Saturday, however the electricity that had been generated in the first two, showed no signs of slowing down.  Changing it up a bit, Raging Fyah took to the main Sky Stage sharing their reggae vibes with the West Virginia mountains.  Opening up the Village Stage for the evening was a fan favorite, Fruition​ and attendees weren’t the only ones excited to see the band, as members of both Greensky and the Marcus King Band were found scattered side stage.  Paul Hoffman and his adorable baby girl made a brief appearance onstage and Anders Beck took the opportunity to zipline through the village high above the crowd during their set.  Next up, Railroad Earth showed everyone a great time as they played some of their staples like “Mighty River”. Umphrey’s McGee ​owned the Sky Stage and blew minds as they played, also being joined onstage by Billy Strings, Anders Beck and Paul Hoffman for “Nothing Too Fancy”.  The band, the lightshow, the covers of Soundgarden and Motley Crue, and the energy from the musicians and crowd peaked as attendees were treated to another fireworks display that seemed to never stop. The final stop at 4848 (named for the elevation of Snowshoe Mountain) was Turkuaz and it was a doozie.  The colorful group closed out what proved to be an amazingly successful inaugural year.  No one wanted it to end and fans gathered in smaller groups by fire pits, on the ski lift platforms and everywhere they could find other festy friends to continue the fun.   A beautiful setting, incredible musical talent and genuine people made it a festival to remember and one that we all have our fingers crossed hopeful for a return in 2020. Click to Purchase The Infamous Stringdusters at the 4848 Festival