Fruition Gets Feisty at Union Stage 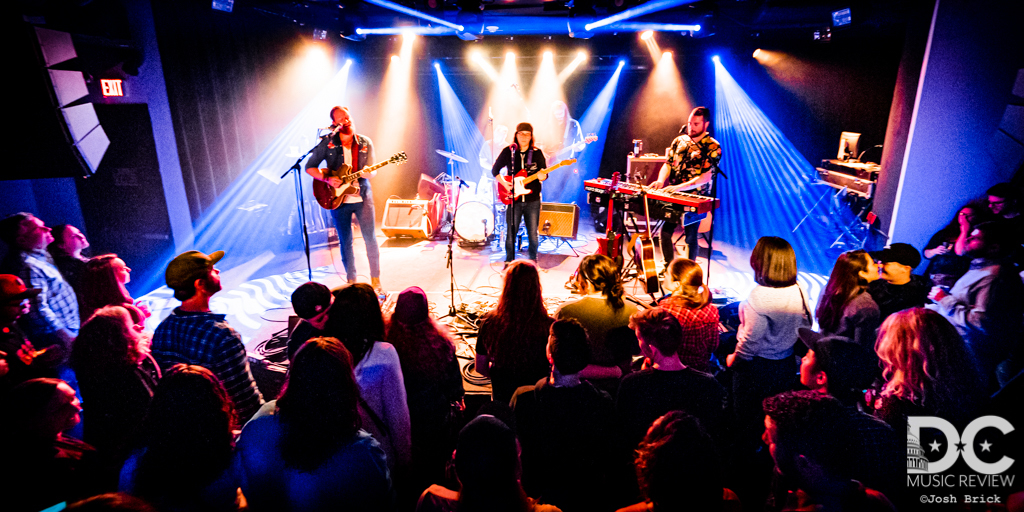 ​The band got together and did it once again.  The collection of musical talent that makes up Fruition as a band is amazing each time they take the stage and last Thursday at Union Stage was no different.   Taking us through a full 100 minute set is something not many bands can do while still keeping the interest of the crowd, Fruition however, does it with ease. Sharing lead vocals in addition to having a great new release of music with Wild as the Night and Broken at the Break of Day allowed the band to vary the sound and keep the audience engaged and entranced from song to song.​  Always hard to fit into one musical category, the appreciation for that fact was reflected in the excitement of attendees from the start when the opening song "Stuck on You" brought the sway on strong.

​Losing stage lights at one point during the show and prompting fans to illuminate the stage with their cell phones made the setting even more magical than the music itself.  Giving an elevated feeling of intimacy to the evening, the band played on and when the lights came back, no one missed a beat.

​​Switching between the old and the new countless times during the set list kept attendees excited to hear the new and thankful to share the old once again.  As a band that is seen on the lineup of dozens of festivals and also holds their own on a tour of their own, fans become familiar faces as they pop up across the country and shows along the way. Having a group with a full cast of talent is nothing out of the ordinary, but the collective performance and shift in roles within the band from song to song is what makes Fruition a band you want to see live.  Their heartfelt song writing and incredible energy paired with the level of fun that is easy to feel, is why they continue to be invited back to town over and over and why you see them going strong during festival season.

Connecting with the audience through their lyrics is another strength.  Whether it's the trials and tribulations of being a band on the road, as heard in For You or it's helping you through heartache like in Forget About You, a personal favorite of the moment, the song writing capabilities are hard to match.

The band gets a short break until the end of the month and then head back out to continue the tour of their own.  Check out their website to put another date on your calendar and be sure to make plans to catch them at one of the countless festivals they are on the bill for coming up in Summer 2020.  Find out their tour schedule here