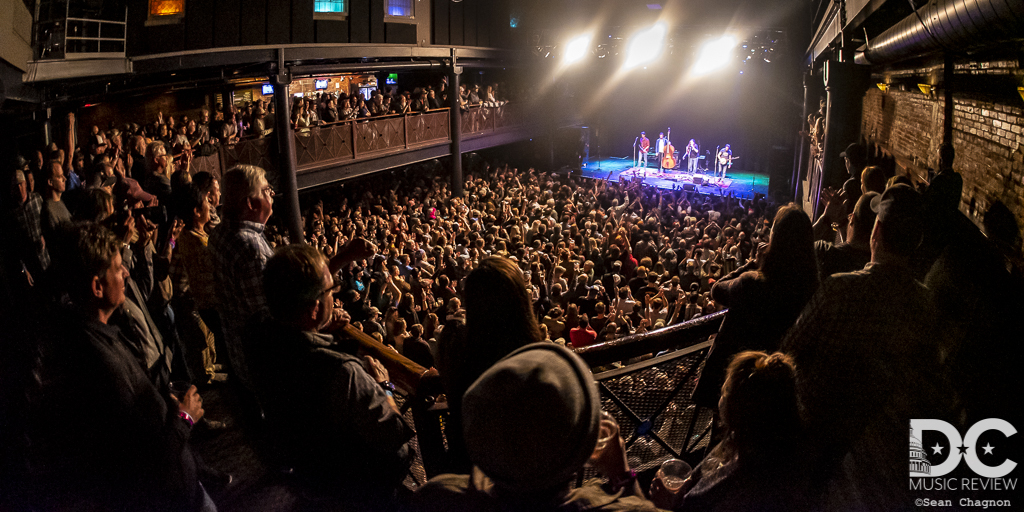 Advances in technology have brought so many great things to society and the music industry has been a huge recipient in that in the form of being able to download the set you saw the night before and play it right off the small phone that fits in a pocket. It’s also arguable that these advances are becoming the demise of music. While many love it, the auto tuning of lyrics and the use of computers as instruments to write songs that are reminiscent of a dial up modem connecting to the internet can be viewed as masking what might be an otherwise lackluster composition. While bluegrass music has never been at the forefront of the music scene, it has always been a harbor for musical purists who appreciate the simplicity of a few stringed instruments and harmonizing vocals. The festival scene has helped drive the progression of bluegrass and has made the quickly growing “jamgrass” genre to countless music fans. With bands such as Greensky Bluegrass and The Infamous Stringdusters headlining festivals and selling out major venues like Red Rocks Amphitheatre, it is a good sign that this music is here to stay. Billy Strings is a band that started riding this bluegrass wave a few short years ago and has quickly become one of the most sought after acts in the music scene today. The band sold out 32 of their 39 fall tour, which they are still on the road for, and has already sold out half of their announced winter tour dates. The release of their highly anticipated new album, Home, came in at number one on the Billboard bluegrass charts and amassed over one million streams within a few weeks of its release. Right on the heels of these accomplishments was two awards from the International Bluegrass Music Association: New Artist of the Year and Guitar Player of the Year. The band who consists of William Apostol (nicknamed Billy Strings by an aunt) on guitar, Billy Failing on banjo, Jarrod Walker on mandolin, and Royal Masat on bass show no signs of slowing down and continue to tour and share stages with legends such as Del McCoury, Jerry Douglas, David Grisman, String Cheese Incident, and Widespread Panic. Their hard work and talent are landing them on the mainstages of major festivals such as Telluride bluegrass, DelFest, Aiken Bluegrass Festival, and Rooster Walk where the King & Strings collaboration was born. The 2018 set had the Billy Strings clan on stage with Marcus King and Jeff Sipe on drums a mere hours after they had met for the first time. The 2019 King & Strings brought both the entire Marcus King Band and Billy Strings together and it was one for the books. Billy’s ability to hop on stage with anyone and jam has made him even more popular and he uses this to help promote positive social cause by playing with the I’m With Her tour and most recently joining the star studded cast that played the Jeff Austin tribute show, What the Night Brings, to promote the awareness of mental health. Although the NorVa show in Norfolk, Virginia was one of those seven shows that didn’t sell out, it was hard to tell that was the case once inside the building. Ticket sales were just shy of the 1450 person capacity and moving through the crowd required great finesse to prevent spills of recently refreshed beverages. Once the band started rolling into the set, it was clear that there was quite a bit of thought put into what was to be played that night. While it’s easy to repackage setlists on the road, these guys cherry picked quite a few bluegrass classics with Virginia themes or titles to show their love to the crowd. Set one kicked off with The Stanley Brothers “East Virginia Blues,” Jeff Austin’s “Rundown,” an absolute heater of Bill Monroe’s “Shenandoah Valley Breakdown” to make sure those fingers were truly warmed up, and Ernest Tubb’s “Shenandoah Waltz.” After indulging the crowd in the Virginia themed tunes, they jumped right into the fan favorite “Dust in a Baggie” and the opening track from the new album, “Taking Water.” A ten minute funky “Thirst Mutilator” allowed Royal to break out a bass solo and was segued into another Home song “Running.” Set one was closed in show closing fashion with a crowd sing-a-long to the Beatles “Rocky Raccoon,” the haunting “Away From the Mire,” and a bonus “Little Maggie” that wasn’t originally on the set list, since they finished a few minutes early. How many bands would do that? After a short set break, Billy Strings continued their homage to Virginia with Flatt and Scruggs “Blue Ridge Cabin Home” and Larry Sparks “Blue Virginia Blues” with new tracks “Home” and “Everything’s the Same” nestled in between. The show was kicked back into high gear with the boot stomping “Ole Slewfoot,” the rambler’s theme “Likes of Me” which jumped directly into the instrumental “Pyramid Country.” Norfolk was treated to an extended psychedelic version of that tune which they used as a vehicle to tease The Knack’s “My Sharona” and CKY’s “96 Quite Bitter Beings” which prompted a roar of delight from the skate punks/metalheads in the crowd. A nod was given to another Billy Strings influence who they shared a stage with at Red Rocks, in the form of Dave Bruzza’s “A Letter to Seymour.” The tributes kept following with Ricky Skaggs’ “Think of What You’ve Done” and another Beatles track, “And Your Bird Can Sing.” The set was finished with a Strings classic “Meet Me at the Creek” which the guys slid the Grateful Dead’s “Bird Song” into for good measure, and possibly because Dead & Co was showing up at the Mothership (Hampton Coliseum for those not in the know) two days later. The encore was the closing track of Home, “Freedom” which was performed in classic bluegrass style with all members sharing one mic between them and little extra flair from Billy in the form of a pink feather boa.

Wednesday night at the NorVa was a display of musicmanship that could win almost any person over. Even for someone who has seen Billy Strings at multiple festivals, it was still an incredibly impressive show. The band takes it to an entirely different level when they own the stage. This a must see act that will be skyrocketing through the scene with their tight live performances and their obvious appreciation of their fanbase. Get those tickets while (and if) you can! 8. A Letter to Seymour

9. Think of What You've Done