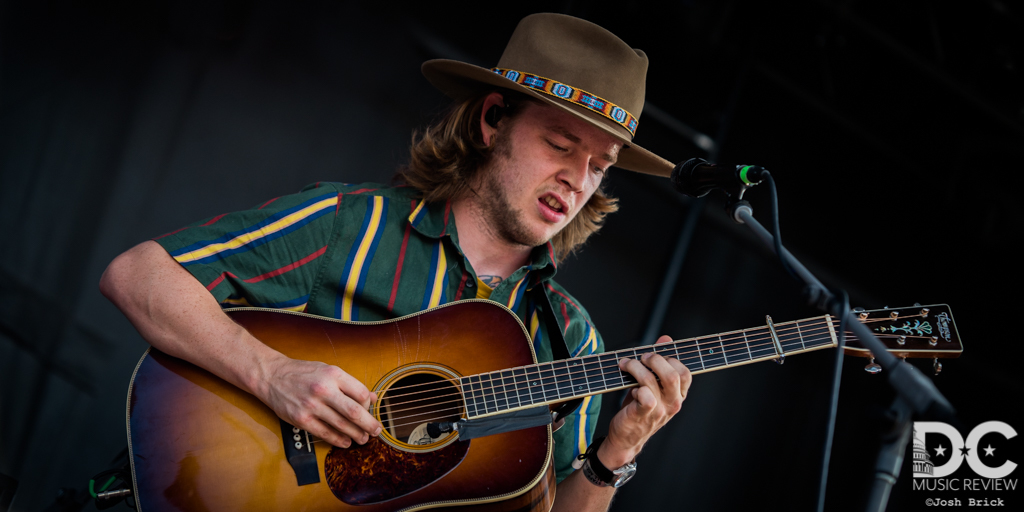 If you are a fan of bluegrass music there is one name that you have been hearing about over and over again the past several years - Billy Strings.

Billy Strings is, without a doubt, one of the brightest rising stars in the constellation of Bluegrass performers. Once you witness Billy Strings and his band perform live, you will understand why, in only a few short years, he has gone from a supporting act to headlining and selling out shows around the country.  The chemisty and interplay between Strings and his touring band continues to grow and mature with each passing day - especailly as they venture into JamGrass songs. Strings tours with three other extraordinarily talented musicians; Billy Failing on the banjo, Royal Masat on the bass, and Jarrod Walker on the mandolin.

Strings is  not just  limited to bluegrass - far from it. He is known to be a big fan of rock, metal, and jam bands. DC Music Review has seen him pick up a white Fender Stratocaster and perform alongside Greeensky Bluegrass where he played and sung a commanding version of Chuck Berry's "Johny B. Goode" one night and then perform "War Pigs" by Black Sabbath the following night.  We have also been fortunate enough to see Strings perform on his grandfather's "prison guitar" and hear the fascinating story behind its construction.

Lately, Strings and his bandmates have expanded their sound by adding more pedals to their sound. Be on the lookout for some Jerry Garcia "bubble gum" guitar sounds coming from a Strings performance near you.

DC Music Review feels lucky to  witnessed so many unforgettable performances by this increadibly talented artist over the years and know this list will continue to grow.

Please keep this page bookmarked as we will keep it updated with future performanced. We have carefully culled and and tagged every photo we have taken of Billy and the boys over the years.

To learn more about Billy Strings, please use the following web resources: