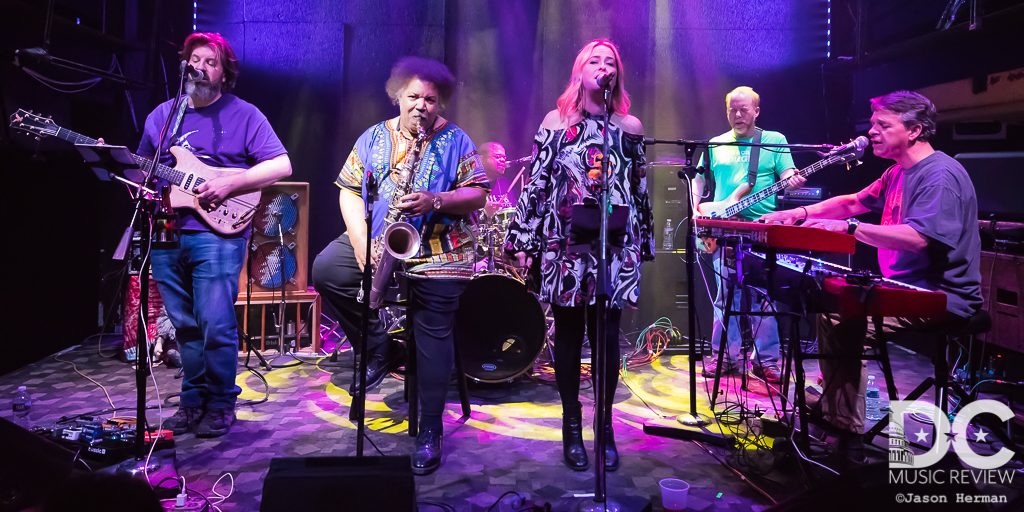 Featured above are the Jerry Tripsters (with special guest Ron Holloway), who are honoring Jerry Garcia's birthday at the Jerry's Birthday Show at Baltimore's 8x10 on Thursday night. Photo by Jason Herman.

Each year between August 1 and August 9, the dates known as “Days Between,” Deadheads around the world celebrate the life of Jerome John Garcia, otherwise known as Jerry Garcia, Captain Trips, or just Jerry. What makes these dates so significant? Jerry was born on August 1, 1942 and passed on August 9, 1995.

There have been twenty-four years of “Days Between” since Garcia’s passing, but with each year the music, message, and legacy of Jerry grows stronger. There are lots of ways to honor Jerry's birthday this week, including: ​

Plus more AMAZING shows listed in the links below, with personal choices in bold, along with a list of the DCMR staff top picks and refreshing "gems" that you don't want to miss.  Have fun out there!