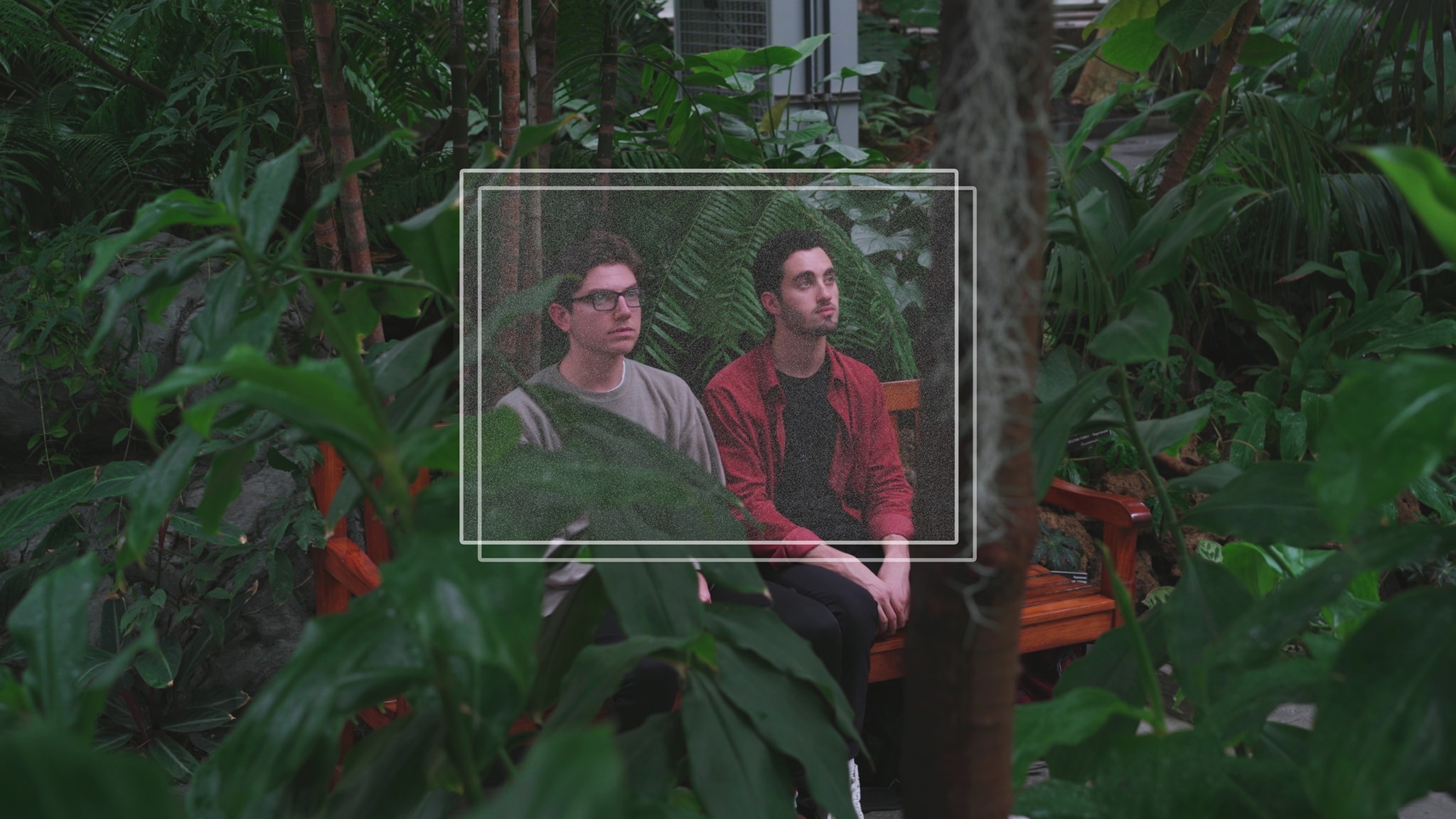 What happens when two artists with an urge to create get together?

You get Something Simple, a project far more complex than its members make it out to be.

“We have so many ideas and each idea leads to another one, so we’d end up 20 feet ahead of ourselves. We had to pause and tell ourselves, hold on, we need to make music, we need to do something simple,” Sam Feldman explained. “We just kept saying it over and over again, where it just got to the point where we started getting serious.” Something Simple has been brewing for years, beginning with low pressure videos with a strict one-day duration (called “Sunday Somethings”), with an eventual goal of transitioning into a fully fleshed out music empire that immersively marries music and visual art.

Their self-titled debut EP is just the first step for Sam Feldman and Max Berger, college friends turned roommates. Released on January 24, Something Simple is a cohesive, synth-tinged journey with a strong dose of nostalgia. Playing like a soundtrack for a short film with each track seamlessly bleeding into the next, the three-song EP is bookended with “Dimensions” and “Yesterday’s Gone”, softer tracks with hypnotic instrumentals that unofficially serve as the intro and outro for the album. Sandwiched between is “Treehouse”, a retro blast of energy and expert production that serves as the meat of the EP.

Inspired by the synthy pop sounds of The 1975, The Night Game, and Tom Misch, the duo knew they wanted to create a song that sounded “retro or groovy.” However, other than that general north star, Berger said, “All music was created in the moment, and assembled with no predetermined notion”, which allowed them unrestricted creative license to make whatever felt right.

Something Simple doesn’t necessarily require an intense and focused listen, but the songs reward those who do. Berger & Feldman wrote their lyrics with open ended intentions, purposely allowing and encouraging each listener to experience the music their own way. “When we listen to music we enjoy, we usually prefer assigning our own meaning to the lyrics, music videos, etc,” Berger explained. “So that’s exactly what we did with our music when creating it. There was no direct intention of ‘this lyric means this’ or ‘this song reflects my feelings about my current/ex-girlfriend.’”

Feldman added that their songwriting process is driven more by a gut-feeling, how a word sounds and fits into place, rather than being chosen for its specific meaning. The pair will opt for swapping out a single word in favor for another with a better “texture”, which could end up leading to a completely different meaning for the song.

As a result, Feldman added, “People can feel free to read into the lyrics because they might hear something that means something to them that’s completely different than what we initially wrote about, and that's kind of the point.”

"Something Simple has been brewing for years, beginning with low pressure videos with a strict one-day duration, with an eventual goal of transitioning into a fully fleshed out music empire that immersively marries music and visual art."

"Something Simple has been brewing for years, beginning with low pressure videos with a strict one-day duration, with an eventual goal of transitioning into a fully fleshed out music empire that immersively marries music and visual art."

Their varied, yet complementary music tastes and work ethics, combined with their open-minded collaboration process, allow Berger and Feldman to comfortably work together in an environment that encourages a constant flow of ideas.

So what is Something Simple?

There’s really no one way to describe it, other than as “not a band.”

“We see ourselves more as a collective, project, group, rather than band,” Berger explains. “We aim to have our visuals, music and whatever else we create stand on their own as individual pieces of entertainment/artistry, from music to matchboxes to magazines.”

It’s a space to create, unbridled by boundaries or expectations.

With additional EPs, a full length album, music videos, merchandise, live shows, and more on the horizon, anything is fair game.

To learn more about Something Simple, please see the following web resources: