Ace Entertainment Announces the Release of Tribute Documentary, LEST WE FORGET: KOFI BURBRIDGE 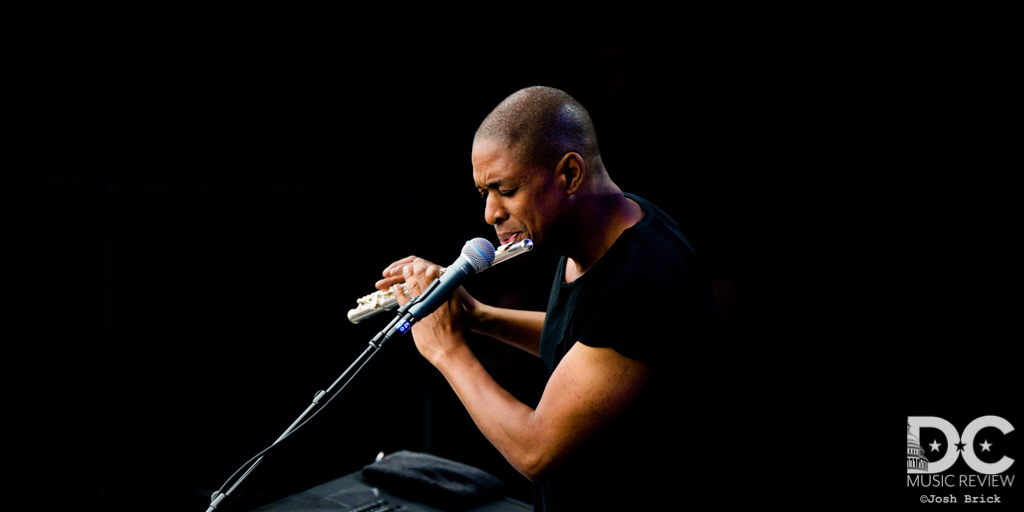 Ace Entertainment, a Philadelphia-area multi-media music content production company, has announced the release of its first-in-series music tribute documentary: “Lest We Forget: Kofi Burbridge.” The 32-minute film focuses on the life, music and influence of the late Kofi Burbridge - an American musician of extraordinary talent who passed away February 15, 2019 from heart complications.  It will be available for streaming at www.LestWeForgetMusicians.com on Friday, May 1, 2020. Kofi Burbridge and Derek Trucks perform at Warner Theatre in 2018.

"We're thrilled to introduce this new documentary series to music fans around the world," says Ace Entertainment President Tom Emmi. "Having Kofi be our first honoree means a lot to me personally. He touched and inspired so many throughout his career, including me."

"You don’t meet many geniuses in your life, and you really don’t get a chance to share a huge chunk of your life with them…It was a hell of a gift,” notes Trucks, Kofi’s longtime bandmate in The Derek Trucks Band and Tedeschi Trucks Band.  “He just made everything better and everything cool.”

“Kofi had such an open mind,” says his brother, Oteil Burbridge, “such an incredible imagination. He was always my teacher - and he was always so
far ahead of me. They figured out he had perfect pitch when he was seven years old.”

Kofi Burbridge and Derek Trucks perform at Warner Theatre in 2018. A portion of all proceeds from the streaming of this and future documentaries will go to support efforts from various charities dear to those being honored. "This is an important part our effort," adds Emmi. "It's a meaningful way to add to the legacy for each of these musicians." Proceeds from “Lest We Forget: Kofi Burbridge” will be donated to the Kofi Burbridge Music Matters Fund in partnership with Mr. Holland's Opus Foundation. This 501(c)3 foundation helps to keep music alive in schools by providing brand-new musical instruments to under-funded music programs nationwide.

“Lest We Forget: Kofi Burbridge” is an extension of Ace Entertainment’s “Lest We Forget” effort – a series of short video specials, now in its 4th year, that honor important musicians and music industry icons  - from all genres - who dedicated so much of their lives to push music forward. Lest We Forget is a not-for-profit program. All the producers, musicians, cameramen, editors and studios have donated their time and skills in the production of these programs. Emmi concludes, "It’s a total labor of love for everyone involved.”

You can watch the trailer below. More can be found at www.LestWeForgetMusicians.com.