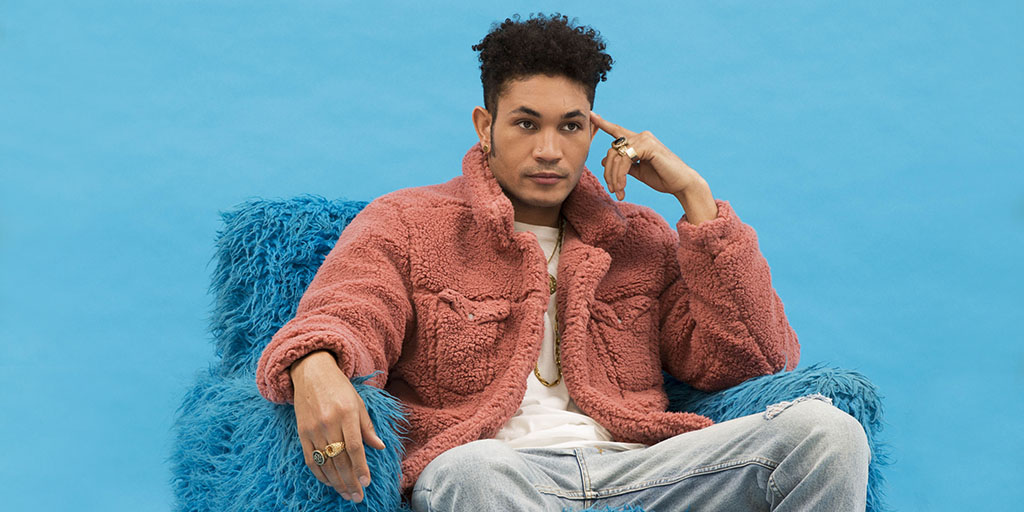 With sold out headlining gigs, his single ‘Drew Barrymore’ about to go platinum, and a highly anticipated debut album poised for release this year, it’s safe to say that if you’re still asking who Bryce Vine is, you’re living under a rock.

After years of relentlessly pursuing a musical career, the artist exploded onto the scene in 2018 and hasn’t stopped rising ever since. Prior to his sold-out show at Union Stage this Friday, February 8, I chatted with Vine about his newfound success, his growing bucket list, and the origin of his most notorious piece of merchandise.

I wanted to start by congratulating you on 'Drew Barrymore' becoming a certified gold single in December! While I saw your initial reaction on that cute Instagram video, I was curious as to how you're feeling now that it's been a few weeks and now that it's about to become platinum? Bryce Vine: I definitely feel...legitimate [laughs]. I think that was always a struggle for me; I never wanted to even tell people that I was an artist when I was trying to come up because I didn't feel like I'd legitimized it.

Everybody in LA is trying to do something, and they put up a front of who they are a lot of times. I just didn't want to do that. I didn't feel legitimate, and this really secured that—the fact that so many people love the song makes me excited to make more stuff.

That's great to hear! I'm a photographer and artist myself, so I know how hard it can be to have confidence in your own work.

Yeah, you have to keep reassuring yourself even through all the insecurities. It's not easy.

With such significant achievements, I'm sure you've had a lot of different opportunities pop up that you didn't have in the past. Out of all of the different experiences you've had, what's been the most memorable?

Probably playing with the VMA's pre-show on that rooftop. I felt like I was living somebody else's life, I was just like 'This is unreal' [laughs]. I've seen Eminem start his performance out there; I've seen No Doubt play, Red Hot Chili Peppers...getting up there, that was genuinely surreal.

Taking Mom To The Grammy's

Oh yeah, I mean I never thought that the VMA's was going to be a checkpoint or more than a goal. And now it's like, 'All right, cool, so what's next?'

I've never been to Asia; I've never been to Africa. Two very important places for me to go especially as a songwriter. I like knowing people from around the world and getting a better idea of what I don't understand in the world, being in the bubble of the United States.

It'd be sick to win a Grammy, don't get me wrong, it would be amazing. What would be really cool is being able to take my mom to the Grammy's! Just actually having her beaming like that would be crazy. Winning would be unreal, too, but I'd be cool with just that.

On His Headlining Tour

I remember when you played in D.C. last, you opened up for MAX. The crowd was the most excited I've ever seen it for an opener at the 9:30 Club! Now that you're headlining and have more creative freedom, what are you most excited for the D.C. crowd to see?

We've completely elevated the whole show; my drummer is going to be on a high rise, and we have a whole lighting setup. I'm playing all of my songs. I always think I play all the songs people want to hear but then after the shows, every single time, there's somebody that goes, 'Why didn't you play this?' I'm like, 'I don't know! I didn't know anyone wanted to hear it!'

So now, I've decided it's enough of that; these people are coming to see me, I'm going to play all of the songs that they could possibly ask for...so that they never want to see me again [laughs].

Are all the shows sold out at this point, or are there still a few left that people can grab tickets for?

I think there are six shows left that you can still buy tickets for.

Wow, so how do you feel about that?

I'm still in the mindset that nobody's going to come! Not in a negative way...you have to understand that I played on cardboard boxes at schools where no one cared, just to try and gain a fan or two. Now to have the shows sell out, and I mean they sold out fast. It's just unreal; it's such a breath of fresh air.

It makes me excited to write more stuff and keep doing what I'm doing. To have my love for music and want to perform be legitimized like that, it makes you want to meet all the fans. I love that we kept it to small rooms so that I could still feel close with everyone. I feel like you miss something if you get too big as an artist without having the chance to play the smaller rooms first. You miss the chance to connect with fans on a much more intimate level.

It's Not The Guns N' Roses Days

You've had a pretty intense year, which resulted in a heavy touring schedule. I'm sure touring takes its toll both mentally and physically on you. How do you take care of yourself while you're on tour?

That's a hard thing to do, even when it comes to eating! Some of the guys in my crew are vegan, and I don't know how they do it. You spend hours and hours on the road, with nothing to eat but McDonald's and White Castle. When we're staying in hotels, I always look for the gym. If there is a gym, I try to spend the morning or evening running for 15 minutes to try and get a sweat going. 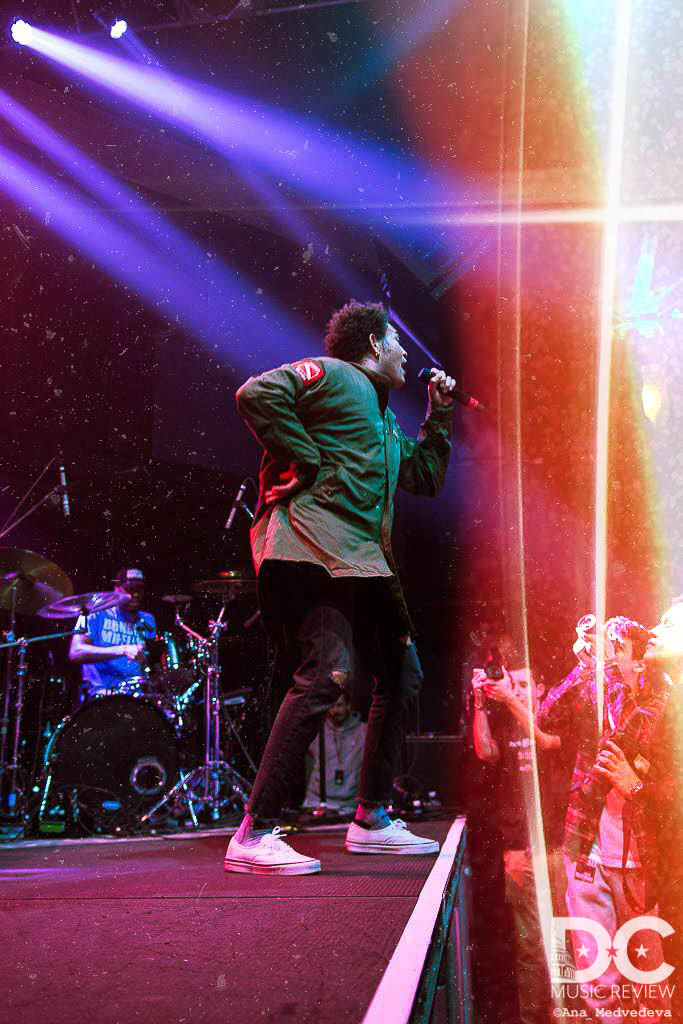 Other than that, you try not to drink too much! None of the guys in my group or I do any drugs or anything like that, so eating is honestly the most difficult part.

It's funny, touring isn't what everyone thinks it'll be like. People think you're popping bottles every night, doing all of this wild stuff like blowing coke on the tour bus...but it's more like getting straight to bed so that we can play the next show [laughs].

Yeah, I feel like that would be so exhausting to do every single day.

Especially when you have like, five shows in a row. When you have a break, that's when we can actually go out and celebrate at a bar and do some karaoke or something like that. By no means is it the Guns N' Roses days.

That's probably for the better in the long run [laughs].

You have your debut album release coming up this year—tell me about what we can expect from that.

I wanted to make a body of work instead of just releasing single, single, single...here's another single. I wanted to make a soundtrack for the life of an everyday person, and all the things that we go through. I wrote a song for people that I hope will be used for the first dance of weddings. I wrote a song about how I see the world right now; not even from a political place, just as a human being. I wrote songs about love, the way that you look at somebody, and the feeling that they give you.

It's called Carnival because that's how my mind works; there's a lot going on, it's very colorful and ADD, but it's all in one theme. 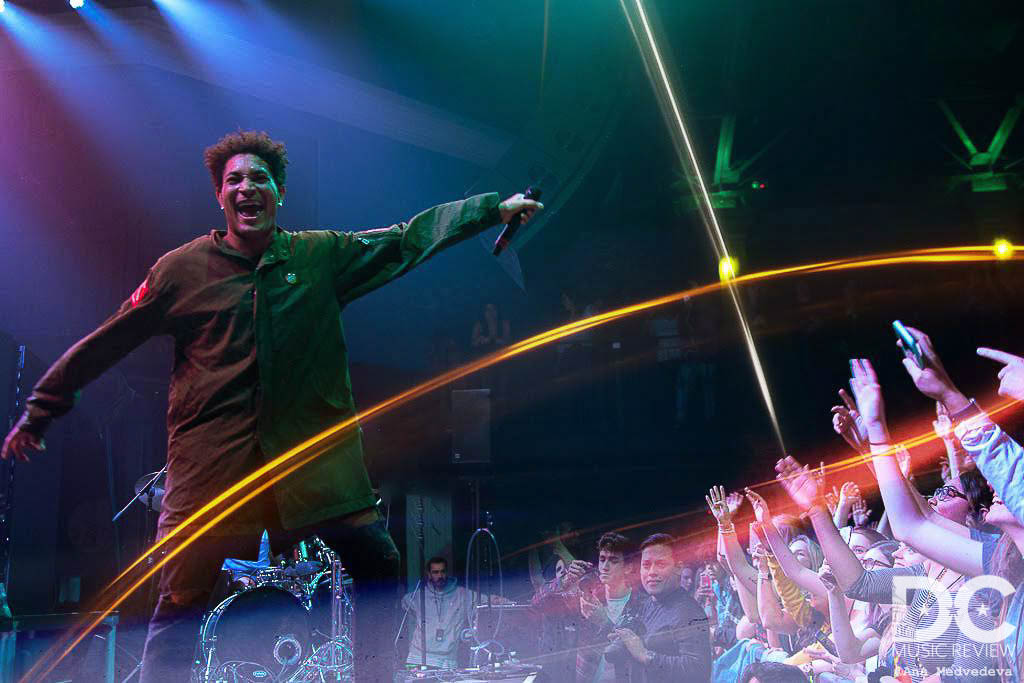 To wrap things up, I was curious as to what the story behind the 'Who The F*** Is Bryce Vine?' shirt was?

That's a great question, and you're the first person that's ever asked me that, which is amazing! Like I said before, for years I've been opening for little shows where no one knew who I was or cared...or had any reason to care. A lot of times that would be the question people would ask on Twitter and Instagram on Instagram.

Once I started gaining fans, they would answer those people's questions. Then I was like, ‘We should just have a little fun with it.’ We always try to use humor whenever we respond to hate or anything like that. I tend to think of something funny and non-offensive to say. So we decided we should make those shirts, put them out, and then all of a sudden everyone bought one!

Now I have people yell at me from across the street, like this one guy in New York yelled at me, 'Yo, who the fuck is Bryce Vine?'...and it takes me a second to realize what's going on [laughs].